Dr. McPherson is a graduate of Brown University, and received his Medical Degree in 2003 from the University of Tennessee Health Science Center in Memphis, TN. He completed his residency in the US Army at Walter Reed Army Medical Center, serving as chief resident in his final year of training. He completed his military service at Ft. Benning and served in many positions, including Inpatient Chief, Outpatient Chief, and Consultant for the Army Substance Abuse Program. He completed two tours of duty in Iraq, serving in Combat Stress Control units.

Connect with the Doctor

You can read his blog, request appointments, and comment about your experience with Dr. McPherson at http://doctorbase.com/blog/kevinmcpherson. Feel free to follow him on Facebook, or send him a message below. 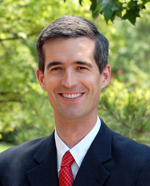 Your life is important. It's time to start living!

We Want to Hear From You!